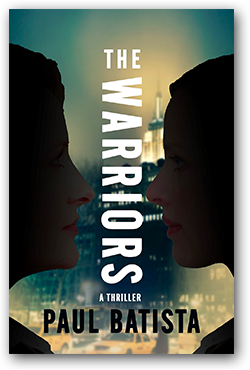 Legendary defense attorney Raquel Rematti represents a presidential candidate—and former First Lady of an ISIS-assassinated President—Senator Angelina Baldesteri in the most watched and explosive trial of the 21st Century. The Senator, a Democrat, sees it as a vendetta show trial orchestrated by the current Republican U.S. President, his Republican Attorney General, and an ambitious Republican United States Attorney in Manhattan. At the trial, a year before the election, the Senator faces charges of election fraud, tax evasion, and money laundering; each of which could deem her unfit for office and all but remove her from the Presidential race.

As the epic trial unfolds, Raquel is staggered by her client's naked ambition and the extent of the complex relationships the Senator keeps hidden in a mounting trail of lies. Every aspect of the Senator's life is inundated with intrigue. When the swirling forces start getting lethal, Raquel needs to extricate herself from the venom of these illicit and treacherous connections.

These two powerful women keep things professional in the courtroom under the eyes of a crusty old judge, but once outside, they pit themselves against each other, warrior to warrior. At the end, only one will be left standing.

"Paul Batista scores 100% with his new novel, The Warriors. Two strong women locked in battle in and out of a courtroom coupled with murder, money laundering, and constant mystery. His lawyer heroine is complex and compelling. We live and breathe her triumph and terror. No doubt, I love this book!"
—Rikki Klieman, CBS News Legal Analyst

"The Warriors offers a new take on a courtroom novel, with the defense attorney and her client going for each other's throats. A mystery reader can't go wrong in picking up a copy and digging right in. Be prepared to enjoy each and every page - and wonder if parts of this plot might have been taken from today's news.... Loaded with suspense, The Warriors should be on the top of your books-to-be-read pile."
—BookLoons.com

"There are too few legal thrillers with women courtroom warriors. This page turning true to life super thriller helps to remedy this bias. Batista's characters jump off the page. They are as real as they are fascinating. A great read."
—Alan Dershowitz, author of both fiction and non-fiction